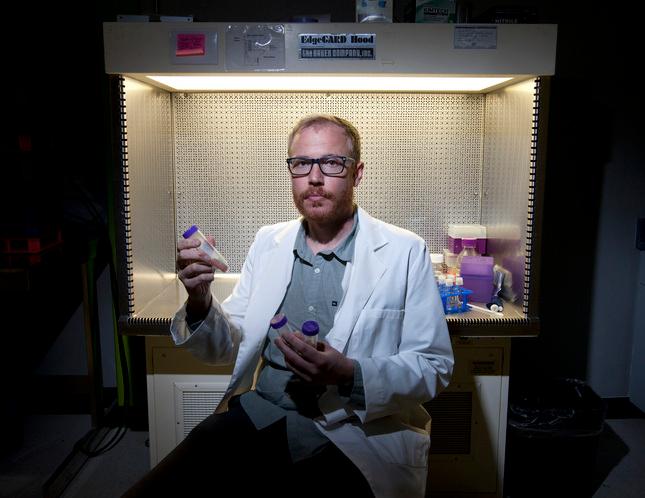 As health officials search for the missing link between vaping and a mysterious illness, California’s cannabis community is blaming untested products and devices sold to unsuspecting consumers on the state’s sprawling black market.

It’s still unclear what is causing the lung damage that has injured 1,080 people and killed 18. But most of the cases have been traced back to illicit products, health officials say. In a cluster of 12 cases treated in the Central Valley’s rural Kings County, where cannabis is illegal, every patient vaped using cannabis or cannabis oil devices bought from an illicit “pop up” shop.

The legalization of cannabis sales in 2018 was intended to bring safety and oversight to California’s marijuana business, imposing strict rules on licensed producers.

Yet untested cannabis and devices continue to be sold, with illicit dealers marketing their adulterated and counterfeit wares through the internet, delivery services or pop-up unlicensed dispensaries.

The illnesses and deaths have triggered a major public health scare across the country. California’s Department of Public Health reports 108 hospitalizations and two deaths, one in Los Angeles County and one in Tulare County.

This week, a study of lung tissue samples found that the injuries look like chemical burns or toxic chemical exposure.

What’s the culprit – the product, the device being used, or something else?

The outbreak is shining a bright light on California’s dark cannabis underworld, estimated to be worth $9 billion. And much of the state’s illegal product is exported, perhaps contributing to the illnesses that are sweeping the nation. Los Angeles was reportedly the source of dozens of jars of THC, worth $300,000, now at the center of a bust of a massive Wisconsin illegal vaping operation.

“The concern is: What’s going on in the unregulated supply chain?” said biochemist Jeffrey Raber, director of the Association of Commercial Cannabis Labs. “It seems like something new, not seen in the regulated market.”

While Los Angeles’ gritty five-block “Cannabis District” has gained notoriety, illegal sales are also plentiful in Oakland, Berkeley and other parts of the Bay Area, insiders say.  In the rural Central Valley cluster of a dozen cases, six occured in Kings County and the other six occured in surrounding counties.