Health officials released the names of several products identified by patients who have been sickened in Illinois and Wisconsin. 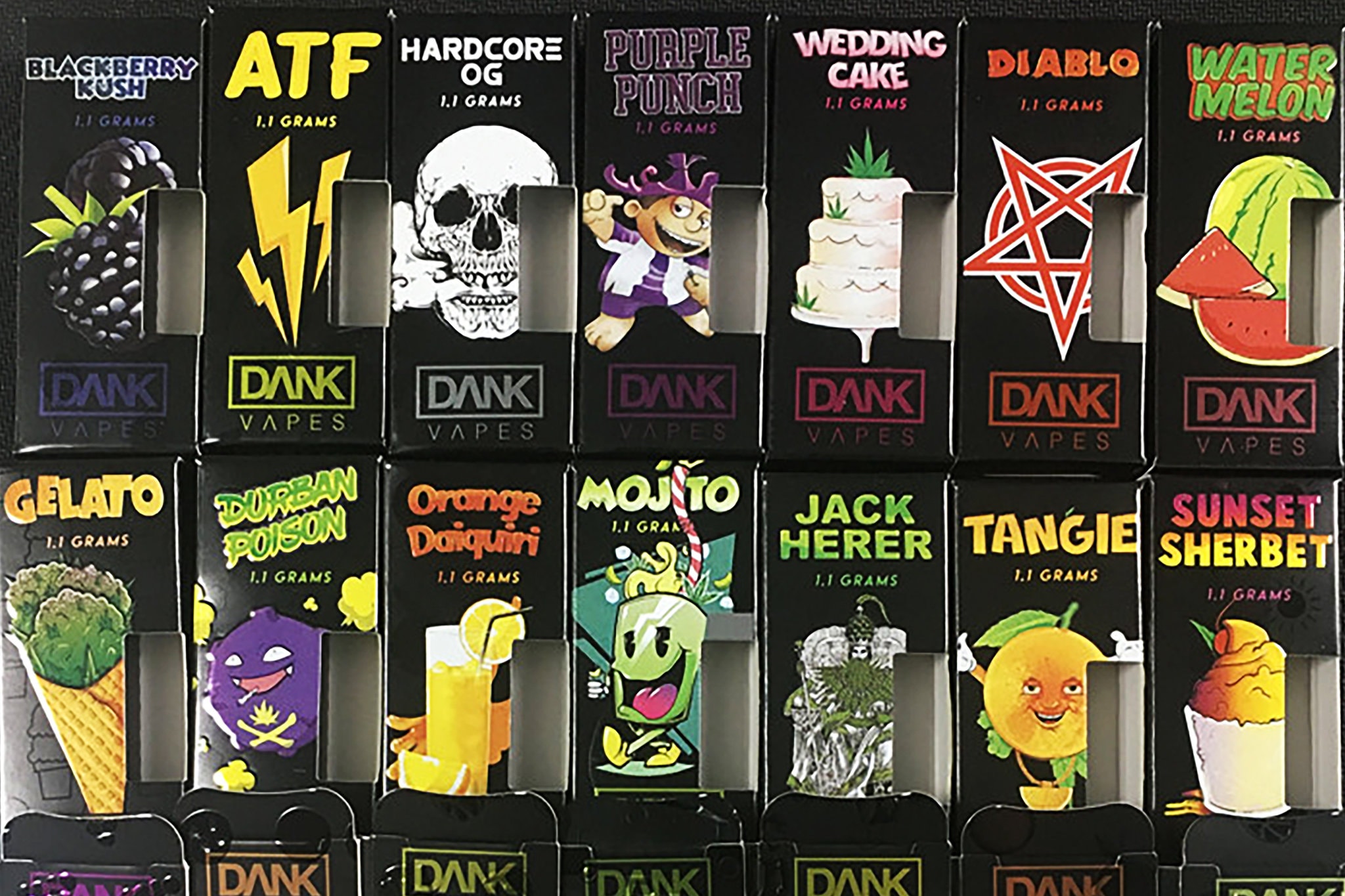 Several marijuana products have been identified as possible culprits in the mysterious epidemic of serious lung illnesses that has sickened more than 800 people who use vaping devices and e-cigarettes to inhale THC or nicotine, or both.

Health officials said on Friday that the products include THC-filled vaping cartridges labeled “Dank Vapes,” as well as some other illicit brands that people bought from friends or family or on the street.

But officials said Dank Vapes appeared to be a label that THC sellers can slap on any product and is not a specific formulation or a single product. THC is the psychoactive ingredient in marijuana.

“Dank Vapes appears to be the most prominent in a class of largely counterfeit brands, with common packaging that is easily available online and that is used by distributors to market THC-containing cartridges with no obvious centralized production or distribution,” said a report published on Friday by state health officials from Illinois and Wisconsin, and from the federal Centers for Disease Control and Prevention.
It is unknown who makes the THC products or where they come from, the researchers said.

The new information comes from researchers’ interviews with 86 people in Illinois and Wisconsin, from 15 years to 53 years old, who had become ill after vaping. Almost 60 percent had required treatment in intensive care units. About 87 percent of those interviewed had vaped THC from prefilled cartridges purchased from “informal sources” during the three months before they got sick, and 57 had used Dank Vapes.

Other THC brands named are Moon Rocks, Off White and TKO. The extensive use of prefilled cartridges suggests they “might play an important role” in the outbreak, the researchers said. Part of the appeal of vaping THC is that it lacks marijuana’s telltale odor, enabling users to hide what they are doing.

But officials said they did not know if vaping illnesses or deaths in other parts of the country were related to the same THC brands identified in Illinois and Wisconsin.

The new report may not surprise longtime users of THC, who have been warning one another online for months that Dank Vapes and other illicit brands may contain toxins. But some of the online reviewers admit that they have continued vaping those products anyway.

E-cigarettes first came on the market in the United States in 2007, ostensibly as a nicotine replacement to help smokers give up cigarettes. But the huge array of fruity and candy-like flavors and sleek devices have attracted increasing numbers of teenagers.

The C.D.C. held a briefing on Friday to discuss some of the findings in the health investigations of vaping illnesses that have now been reported in 46 states, involving 805 cases and 13 deaths. Oregon reported a second death on Thursday; state health officials said the person was hospitalized with respiratory symptoms after vaping cannabis products.